For INFPs the dominant quality in their lives is a deep-felt caring and idealism about people. They experience this intense caring most often in their relationships with others, but they may also experience it around ideas, projects, or any involvement they see as important. INFPs are often skilled communicators, and they are naturally drawn to ideas that embody a concern for human potential. INFPs live in the inner world of values and ideals, but what people often first encounter with them in the outer world is their adaptability and concern for possibilities.

Healer Idealists are abstract in thought and speech, cooperative in striving for their ends, and informative and introverted in their interpersonal relations. Healer present a seemingly tranquil, and noticiably pleasant face to the world, and though to all appearances they might seem reserved, and even shy, on the inside they are anything but reserved, having a capacity for caring not always found in other types. They care deeply-indeed, passionately-about a few special persons or a favorite cause, and their fervent aim is to bring peace and integrity to their loved ones and the world. Healers have a profound sense of idealism derived from a strong personal morality, and they conceive of the world as an ethical, honorable place. Indeed, to understand iNFps, we must understand their idealism as almost boundless and selfless, inspiring them to make extraordinary sacrifices for someone or something they believe in. The iNFp is the Prince or Princess of fairytale, the King's Champion or Defender of the Faith, like Sir Galahad or Joan of Arc. Healers are found in only 1 percent of the general population, although, at times, their idealism leaves them feeling even more isolated from the rest of humanity. Healers seek unity in their lives, unity of body and mind, emotions and intellect, perhaps because they are likely to have a sense of inner division threaded through their lives, which comes from their often unhappy childhood. Healers live a fantasy-filled childhood, which, unfortunately, is discouraged or even punished by many parents. In a practical-minded family, required by their parents to be sociable and industrious in concrete ways, and also given down-to-earth siblings who conform to these parental expectations, iNFps come to see themselves as ugly ducklings. Other types usually shrug off parental expectations that do not fit them, but not the iNFps. Wishing to please their parents and siblings, but not knowing quite how to do it, they try to hide their differences, believing they are bad to be so fanciful, so unlike their more solid brothers and sisters. They wonder, some of them for the rest of their lives, whether they are OK. They are quite OK, just different from the rest of their family-swans reared in a family of ducks. Even so, to realize and really believe this is not easy for them. Deeply committed to the positive and the good, yet taught to believe there is evil in them, iNFps can come to develop a certain fascination with the problem of good and evil, sacred and profane. Tutors are drawn toward purity, but can become engrossed with the profane, continuously on the lookout for the wickedness that lurks within them. Then, when iNFps believe thay have yielded to an impure temptation, they may be given to acts of self-sacrifice in atonement. Others seldom detect this inner turmoil, however, for the struggle between good and evil is within the iNFp, who does not feel compelled to make the issue public.

INFPs never seem to lose their sense of wonder. One might say they see life through rose-colored glasses. It's as though they live at the edge of a looking-glass world where mundane objects come to life, where flora and fauna take on near-human qualitie s. INFP children often exhibit this in a 'Calvin and Hobbes' fashion, switching from reality to fantasy and back again. With few exceptions, it is the NF child who readily develops imaginary playmates (as with Anne of Green Gables's "bookcase girlfriend"--h er own reflection) and whose stuffed animals come to life like the Velveteen Rabbit and the Skin Horse: "...Generally, by the time you are Real, most of your hair has been loved off, and your eyes drop out and you get loose in the joints and very shabby. But these things don't matter at all, because once you are Real you can't be ugly, except to people who don't understand..." (the Skin Horse) INFPs have the ability to see good in almost anyone or anything. Even for the most unlovable the INFP is wont to have pity. Their extreme depth of feeling is often hidden, even from themselves, until circumstances evoke an impassioned response: Of course, not all of life is rosy, and INFPs are not exempt from the same disappointments and frustrations common to humanity. As INTPs tend to have a sense of failed competence, INFPs struggle with the issue of their own ethical perfection, e.g., perfo rmance of duty for the greater cause. An INFP friend describes the inner conflict as not good versus bad, but on a grand scale, Good vs. Evil. Luke Skywalker in Star Wars depicts this conflict in his struggle between the two sides of "The Force." Although the dark side must be reckoned with, the INFP believes that good ultimately triumphs. Some INFPs have a gift for taking technical information and putting it into layman's terms. Brendan Kehoe's Zen and the Art of the Internet is one example of this "de-jargoning" talent in action.

INFPs live primarily in a rich inner world of introverted Feeling. Being inward-turning, the natural attraction is away from world and toward essence and ideal. This introversion of dominant Feeling, receiving its data from extraverted intuition, must be the source of the quixotic nature of these usually gentle beings. Feeling is caught in the approach- avoidance bind between concern both for people and for All Creatures Great and Small, and a psycho-magnetic repulsion from the same. The "object," be it homo sapiens or a mere representation of an organism, is valued only to the degree that the object contains some measure of the inner Essence or greater Good. Doing a good deed, for example, may provide intrinsic satisfaction which is only secondary to the greater good of striking a blow against Man's Inhumanity to Mankind.

Extraverted intuition faces outward, greeting the world on behalf of Feeling. What the observer usually sees is creativity with implied good will. Intuition spawns this type's philosophical bent and strengthens pattern perception. It combines as auxiliary with introverted Feeling and gives rise to unusual skill in both character development and fluency with language--a sound basis for the development of literary facility. If INTPs aspire to word mechanics, INFPs would be verbal artists.

Sensing is introverted and often invisible. This stealth function in the third position gives INFPs a natural inclination toward absent- mindedness and other-worldliness, however, Feeling's strong people awareness provides a balancing, mitigating effect. This introverted Sensing is somewhat categorical, a subdued version of SJ sensing. In the third position, however, it is easily overridden by the stronger functions.

The INFP may turn to inferior extraverted Thinking for help in focusing on externals and for closure. INFPs can even masquerade in their ESTJ business suit, but not without expending considerable energy. The inferior, problematic nature of Extraverted Thinking is its lack of context and proportion. Single impersonal facts may loom large or attain higher priority than more salient principles which are all but overlooked.
Je pensai : "Pourquoi est-ce que quelqu'un ne fait pas quelquechose pour cela ?"
Et alors, je réalisai que j'étais quelqu'un.
(Anonyme) 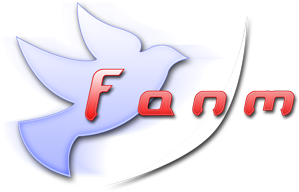